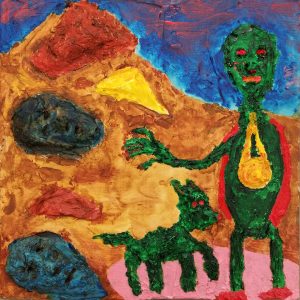 (CNN) Former Pentagon UFO official: ‘We may not be alone’

Quoting Luis Elizondo, “My personal belief is that there is very compelling evidence that we may not be alone,” Luis Elizondo said in an interview on CNN’s “Erin Burnett OutFront.”

We’ve waited a long time for this moment, for irrefutable proof of extra terrestrial life. In 1976, NASA images from orbiting probes provoked  speculation of the existence of an ancient civilization on Mars, hundreds of millions of years ago, before the Martian atmosphere dissipated under the attack of the solar wind. Backgrounder at Marsmon.pdf.

The most powerful telescopes have been unable to resolve this question in a manner favorable to Martians. But this bombshell was not obtained through secret technology. It was the carelessness of a Groupon tourist who left her cellphone within reach of my teething puppy. When I tried to salvage the phone, my first step was to back up the images, some of which, she claimed, were “priceless.” In a weak moment, I took a peek, expecting nothing more than baby pictures.

All I can say is, Whoa!!! This is BIIGG. I transcribed a bit of audio off the phone:

“Welcome to the Monuments of Mars. I am your Martian tour guide. Follow me on your pink hover boards as we explore the monumental carvings of the ancestors of humankind, first spotted by you Earthlings in 1976. Please stay on the trail, and do not give Rover any occasion to eat you. Beer, wine, spirits, and postcards are for sale in our pressurized yellow tent.”

The rest is garbled. The words sound like, “Duck! A meteor!” But why such secrecy? It appears that Groupon wants to skirt possible travel restrictions by the Trump Administration. Currently, if you want to book a Martian Groupon getaway, it involves a subterfuge.  You book a day trip to one of California’s Channel Islands. A Martian “tic-tac” express picks you up right from the boat.

Once Mars is excluded from travel restrictions, things should open up a bit.

Yeah, she hates me for this.