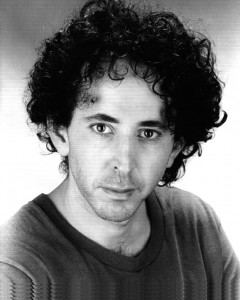 In a way, this all begins with the Egyptian revolution. The U.S. intelligence community, feeling a bit surprised at the event, made the decision to experiment with crowd-sourcing intelligence.  Under the aegis of IARPA, iarpa.gov , the Intelligence Advanced Research Projects Activity , grant funding was provided to five independent research teams, each of which would independently recruit members of the public without the specific qualification of intelligence backgrounds. That the crowd can beat the experts is the brainchild of Dr. Philip Tetlock at Penn, who has studied the failings of expertise for over twenty years.

I joined the best-known and most popular team, “Forecasting World Events”, FWE for short, from inception in April 2011 to project end on April 12, 2013. Although the administrators of FWE were never revealed, my inclination is that it was the C.I.A. home team.  The final enrollment of would-be experts was 4460. It was very popular with celebrities, who participated with avatars, as is customary in this suspicious age.  It was also very popular with professional “predictors”, most of whom ended up humiliated, their reps shredded by the numbers. The highest rank was achieved by “P28”, with ~85 out of 100 possible cumulative accuracy points. “P28” could be decoded as “president 2008”. The rank of “P28” inclines me to think it was the White House team of Barack Obama.

With resources consisting of the Web, Google, a Starbucks espresso machine, and a bottle of ibuprofen, my final score was 80.535, rank #9 in a field of 4460. My rank was based on over 500 predictions. Of the entities that beat my score, few took on as many questions. Only one  gave the distinct impression of an individual. He was probably of Egyptian nationality who, like me, has a scientific educational background.

I did not achieve this with an encyclopedic mind. My success came as a surprise. It is also in contradiction to Philip Tetlock’s hypothesis, because I, along with a few others, beat the crowd over a long period, establishing ourselves as experts.

The purpose of this blog is to figure out how it was done. Some of you may be able to pick it up — once we figure out what it is.

My name is Bob Morein. I participated in FWE as “rmorein”.  With your comments/questions, and my reminisces, perhaps we can figure out how one can beat the experts. I did, and I am not an expert. Perhaps you can too.